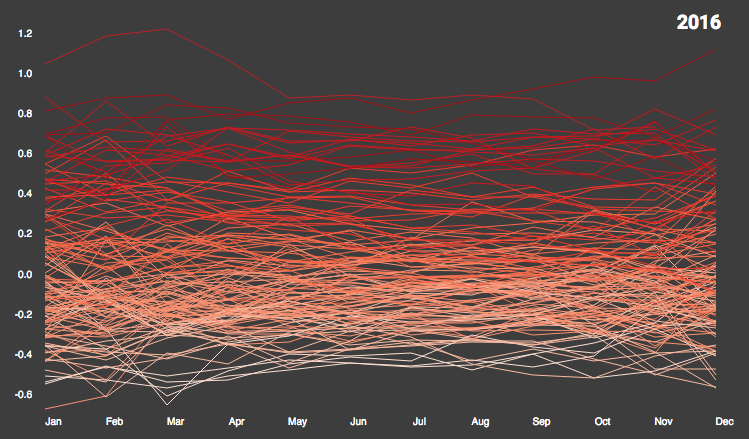 Each line in the chart below represents a year and it’s clear that the monthly average temperatures in the 2000s are higher than the global average for the 1900s.

This visualisation was inspired by the work of Peter Aldhous who plotted the same data using R. My version was done using D3.js and adds a couple of additional elements (decade selector, hovers) but the original idea is very clearly Peter’s. The data is from the National Oceanic and Atmospheric Administration and I originally found Peter’s plots via the excellent Data is Plural newsletter.